Why you should choose us

dong yang song pu latex is a pioneer in the condom manufacturing industry and distribution in China.   Condoms supplied by Recare are highly regarded for the its durability and reliability in world wide government tenders, commercial markets, non commercial market。 SongPu know only quality condoms provide reliable protection, in order to fulfil the highest quality, we equipped our factories with a team of experienced and qualified process engineers and technologists, to continu- ously improve on machinery,manufacturing processes. We have been assessed and certified to the requirement of ISO 9001,ISO13485,Directive 93/42/EEC.

Condoms supplied by SONGPU are highly regarded for durability and reliability in the world wide government tenders, commercial markets and non-commercial markets. Our mission is to produce and sell the highest quality condoms and pregnancy tests for humans.Recare knows only high quality condoms provide reliable protection. In order to fulfill the highest quality, we have equipped our factories with a team of experienced and qualified process engineers and technologists, to continuously improve on machinery, manufacturing processes. We have been assessed and certified to the requirement of ISO9001, ISO13485 and Directive 93/42/EEC..All production processes are monitored permanently and data are regularly collected and evaluated. A certain number of condoms from each batch are selected to undergo further tests. Condoms from each batch are “archived”. With the help of the batch number, it is possible to determine the time of manufacture, the machines responsible, and the materials used for each individual condom.So we promise HIGH QUALITY, PERFECT SERVICE, PROMPT DELIVERY TIME, COMPETITIVE PRICE.

No. of Production Lines 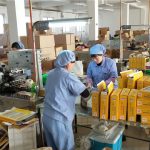 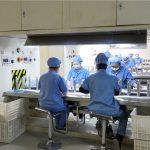 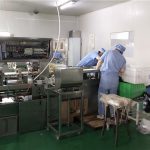 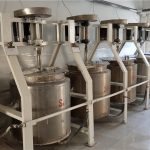 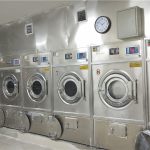 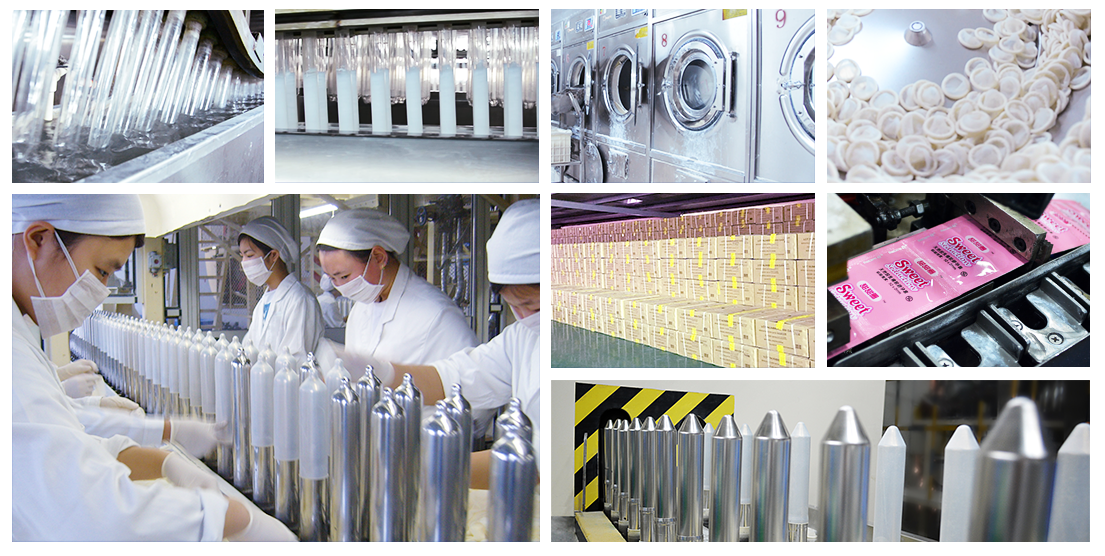 Roduction of   Condom  The journey of a condom usually starts in Southeast Asia, and begins with the collection of latex, a substance found in Fr  several plants, but particularly, not surprisingly in the rubber tree. The white liquid is”tapped”from the rubber tree, and its  quality carefully evaluated. From latex trees to customers, 11 magic steps

2. The mix matures were kept for a certain time in curing containers and reaches the required quality levels

3. At the right degree the latex compound is fed into dip tanks of the production line

4. Glass formers(in the shape of the condom you want to make) are fastened to an endless chain, run one after another  through the dipping tank and receive a thin latex film  Dip thrice into dip tanks. The speed of the chain and the viscosity of the latex compound define the required thickness of  the condom

5. Rotating brushes from a bead at the open end of the drying semi-processed condoms

6. The condoms go through a vulcanisation zone

7. The condoms go into a hot soapy water bath, which enables the condoms to be wiped from the glass formers and also  remove any chemicals that may still be on the latex. It also washes the glass clean to start the process from Step 4

8. The still wet condoms are taken to”condom washing machines”where the condoms are washed” with skin friendly  powder, which again removes any residue of chemical that may be left from the previous process

9. Every single condom must then be electronically tested, by putting them on a metal phallic shaped model, and allowing a  metal brush to run around the outside of the condom. If a hole is present an eletrical circuit is made and condom is rejected  automaticall

10. Next the condoms are sent to the foiling machine, which seals the tested condoms. Here the condoms also receive a  lubricated coating and this is also where flavours can be added or other chemicals such as spermicide or benzocaine

11. Further tests are made, this time checking, burst pressure, burst volume, density and stretch resistance. The condoms are  now ready to be put in packs for the condoms needs. Before the condoms leave the factory packed a final check is made to  ensure you get the best condoms in the world 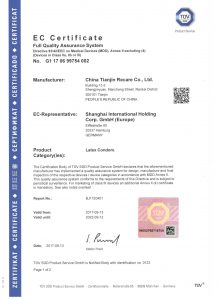 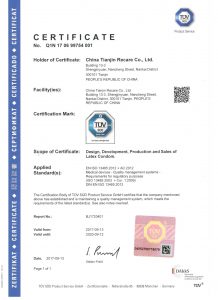 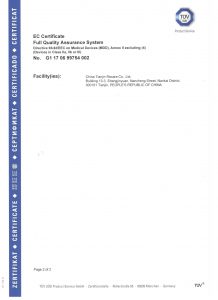 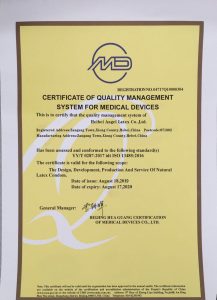 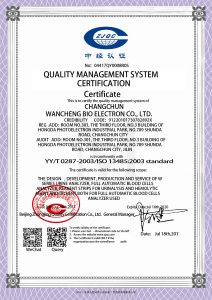